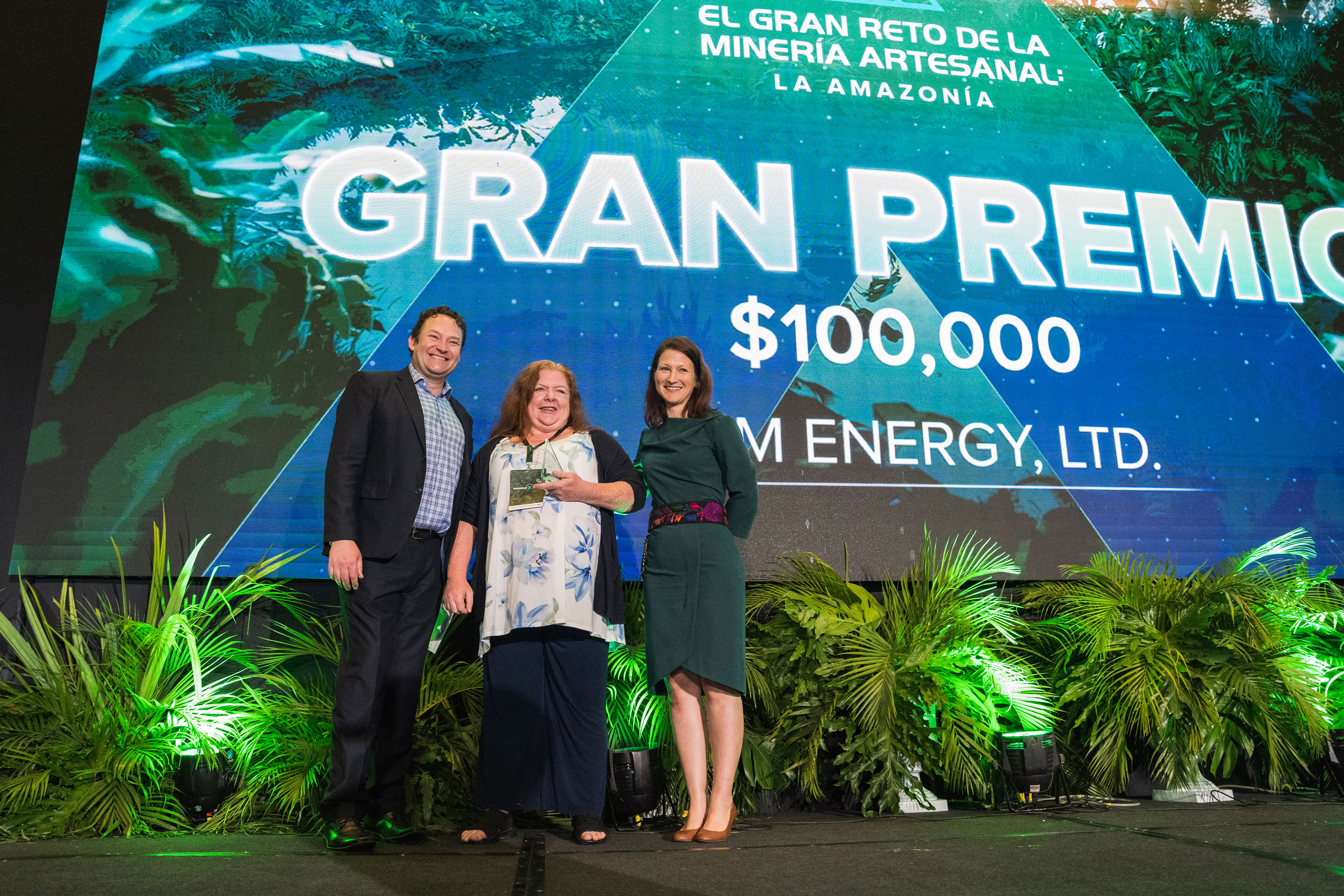 We’re delighted to announce that we have claimed the top prize of $100,000 after taking part in the Artisanal Mining Grand Challenge: The Amazon.

Our success was recently announced at the Innovation XChange, the closing event of the challenge, which was attended by our Lead Scientist, Dr Leigh Cassidy. The event saw more than 350 people come together to celebrate the achievements of the participants. Activities included inspiring talks from world-class leaders, an innovation fair and networking events, as well as the final awards ceremony.

What is the Artisanal Mining Grand Challenge?

The Artisanal Mining Grand Challenge: The Amazon is a global competition that seeks to support innovators, researchers and entrepreneurs from all over the world to develop and implement solutions to address the environmental and social costs of Artisanal and Small-scale Gold Mining (ASGM).

Earlier this year, we were selected as one of twelve finalists to take part in the Amazon CoLab, an accelerator program led by Conservation X Labs and developed in partnership with the United States Agency for International Development (USAID), the Gordon and Betty Moore Foundation, Microsoft, and Esri. The initiative, which took place over the last six months, allowed our DRAM Filtration technology to be developed and tested on-site in Madre de Dios, Peru.

During the initiative, our team collaborated with various partners, organisations and local communities to adapt DRAM to the remote nature of the jungle. The technology, which is designed to remediate heavy metals from mine tailings, utilised local cassava peels as an organic filter media. The on-site testing showed outstanding results throughout the trial period, removing up to 95% of contaminants measured.

The widespread adoption of DRAM is expected to play a significant part in the regeneration of areas impacted by AGSM, not only by preventing further environmental release of associated metals, but by also by applying the technology for use on historical tailings ponds and other impacted water courses. This would prevent continuing environmental spread of these contaminants in waters, sediments and soils, helping to mitigate any further damage to the Amazon’s biodiverse ecosystem.

Commenting on the project, Leigh said: “We are absolutely delighted to have been named as one of the winners of the Mining Grand Challenge. The prize fund will be fundamental to the further development of DRAM and enable the system to be rolled out across the wider market.”